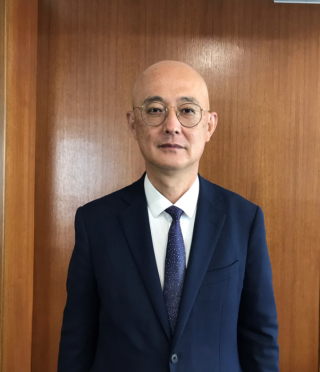 I would like to thank all Japanese residents of the six northern states of Malaysia (Penang, Perlis, Kedah, Kelantan, Terengganu, and Perak) for their continued understanding and cooperation in the activities of the Consulate General. My name is ORIKASA Hiroyuki, and I assumed my post as Consul General in Penang on June 19th as a successor to the former Consul General Mr. KANOYA Shinichiro, after two weeks of quarantine.

Due to the spread of the new coronavirus infection, we are in an uncertain situation not only in Penang, but the rest of the world, including Japan. I am sure that Japanese residents of the six northern states in Malaysia also have been forced to place various restrictions on their daily lives, such as limiting interactions with people, but I hope that you will continue to be careful in consideration of your health and that of others.

As the Consul General, we will work to provide regularly updated information on the new coronavirus, in addition to consolidating friendship and goodwill within the six northern states, so that Japanese people can lead a safe and secure life in such difficult times. We will do our best to improve administrative services and look forward to your continued suggestions, advice, and opinions regarding our work.

This is the fourth time for me to be working in Malaysia. I first visited the six northern states in 1984 while studying at the National University of Malaysia, where my wife is also an alumna.  During this trip, I visited my roommate's home near Jitra in Kedah by the midnight bus from Pudu Raya Bus terminal in KL to Alor Setar. At that time, his house had no electricity or water, and it was a pitch black house at night, where even mosquitoes would not come in. I remember having the greatest respect for my friend, who went to college to study hard with candles. It has been 37 years since then, and I am deeply moved by the opportunity to work in these six northern states, which have undergone remarkable development with the growth of Malaysia's economy.

Although this is my first time living in Penang, I would like to provide the appropriate administrative services to Japanese residents and strengthen friendly relations among the six northern states with the utmost effort, utilizing experiences from my time in Japan and foreign countries, including my past three posts in Malaysia.

Thank you in advance.